YOU FOUND IT!  Hot! Hot! Hot!  Super fall savings!  Camp here or build your custom dream home on this quiet parcel at the END of the road. The terrain of this unique property is suitable for a walkout basement!  You might even envision a wrap around deck. You will love having this PRIVATE Frontage located at the bottleneck of the peninsula right giving you easy access to Lake Petenwell. The boat launch is next door.  This land would make a GREAT base camp and is near to all your favorite outdoor activities such as camping, hiking, canoeing, kayaking and hunting.  The public land is right next door giving you a big back yard!  There is a possibility of putting in a pier on this frontage, but you must verify that with the DNR and follow their regulations.  This property is perfect for wildlife observation of deer, eagles, small game and waterfowl including ducks, geese and swans.  Don't pass up LAKEFRONT at this very hard-to-find affordable price!

Camp or Build a Custom Home

This area offers ATVing, snowmobiling, fishing, boating, sailing, swimming and much more… PLUS this is very close to the Ho Chunk Gaming Casino by Nekoosa, WI.  This is a brand new listing, so we are verifying the suitability of this property as a camping parcel.  Contact Bill for more information!

Castle Rock Lake was manmade and built back in the late 1940’s by Wisconsin River and Power Company by constructing a hydro-electric dam called the Castle Rock Dam.  With an impoundment of 13,000+ acres of water, it is Wisconsin’s 4th largest body of water.  Castle Rock Lake is one of Central WI. most popular attractions and has been for many years.  Today it is used for boating, fishing and swimming with something going on nearly all the time. 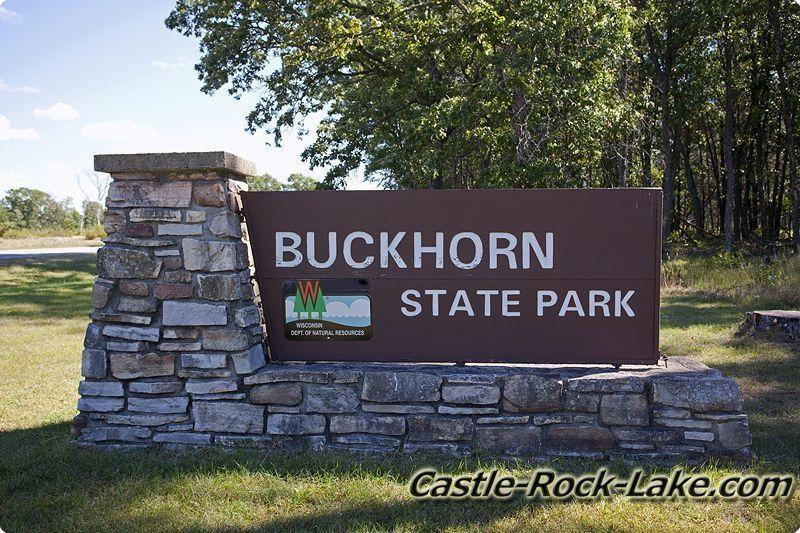 Buckhorn State Park is located in Germantown Township of Juneau County, Central Wisconsin on both Castle Rock Lake and the Yellow River.  The park consists of about 6,000 acres of outdoor haven offering a little bit for everyone including the local Wisconsin Wildlife.  There’s lot of outdoor photography opportunities and nature experiences to have if its camping, hiking, canoeing, kayaking, hunting, trapping, boating, swimming, fishing, backpacking, picnicking or just sitting back and watching the natural world go by.  The state park includes miles of frontage and several boat launches offering tons of water activities on the Yellow River and Castle Rock Lake part of the Wisconsin Flowage system.  Castle Rock is WI’s 4th largest inland body of water and is a manmade lake controlled by a hydro dam (creating hydroelectricity) to the South where the water turns back into the Wisconsin River.

Nekoosa, WI 54457 is located in the Port Edwards Township of Wood County on State Highway 73 between Wisconsin Rapids and Lake Petenwell.  Nekoosa has lots of frontage on the Wisconsin River not too far from Wood County’s ATV Area.   It’s a city with about 2,600+ people and has a post office, shopping, Bars & Grills, church, restaurants, shops, riverside park, and a fire station, but more of the larger shopping and health care is found in Rapids. Petenwell Flowage is just south, which is Wisconsin’s 2nd largest inland body of water and attracts fishermen for its fine fishing.  The area has thousands of acres open to the public for hunting, hiking, bird watching, outdoor photography, foraging for berry & mushrooms.

Nekoosa comes from “Nakrusa” which derives from the Ho-Chunk dialect meaning “Running Water” due to the sound of the Wisconsin River.  The town is now known for its Timber Industry with the paper mill located here.  Recently Nekoosa has also become well known for its GIANT Pumpkin Festival which has an annual attendance of ??? with some of the pumpkin weigh-ins over 1600lbs.    The festival is held along the Wisconsin River on the Riverside Park; a scenic park of the City.    Just a little bit to the north along the river is Port Edwards and Wisconsin Rapids.

Wisconsin is home to the 430 mile long Wisconsin River that is known for its amazing historical background.  Many years ago it was used throughout the state as a road for transportation from one location to another.  The river begins at the Northeast corner of the state and ends at the Mississippi River.  You get the best of both worlds when fishing in the river.  Not only do you get to bask in the glory of prime Wisconsin fish, but you get to enjoy the uniqueness of the Mississippi creatures.  The Wisconsin River flows through Adams County into Wisconsin Dells and is filled with fun attractions and historical landmarks.  An interesting fact is that a long time ago, the ice that formed Lake Wisconsin melted away causing an overflow of water which cut a portion of the Wisconsin River out which in turn created the Wisconsin Dells.